Depression: When A Little Blue Turns Into Thick Clouds Of Darkness 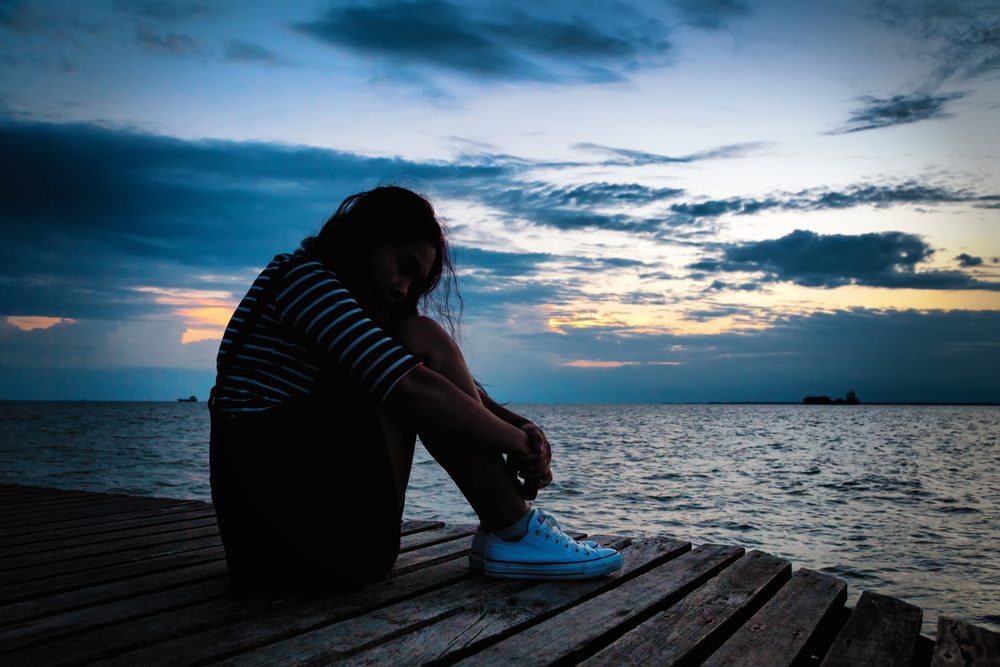 Americans who suffer with even “light” or minor depression may actually be about six times more likely to progress into a serious depressive episode than not. This comes from a released study being reported by researchers to the American Psychological Association that tracked some 1600 Baltimore, Maryland residents for roughly 15 years.

What concerns some experts about this much higher incidence is far ranging. Some point to statistics that show a minimum of 1 in every 10 Americans suffers from one type of mental illness or another, with depression being among the most common. Couple this with reports that since 9/11, prescriptions for both anti-depressants and anti-anxiety drugs as well as sleeping pills has jumped significantly and you get a sense of how many people wrestle with depression that has been adequately diagnosed. Yet what about those who have not?

Many experts worry that the real numbers of those with depression of any type may be significantly greater than reported. They express disappointment that primary care physicians, like the family doctor, may not be catching diagnostic signs of depression at early stages. But does the blame rest entirely on the doctor?

Patients won’t always go into details even when pressed and a physician, in juggling a heavy patient load, usually cannot spend the time he or she might like with an individual person. A ten minute office visit may not be enough to determine possible depression even if a patient expresses classic symptoms.

If depression, especially in milder forms, isn’t always diagnosed by professionals until someone comes to them with clear and obvious symptoms, how are laymen to recognize it in themselves or others? After all, depression has many faces.

The average American tends to think of a seriously depressed person as someone who stays in bed unable to face the world, who loses weight because of decreasing willingness to eat, and incapable of even minor social interactions like friendly conversation. As long as someone you care about is able to get up and go to work each day, you may not realize anything is amiss.

But the symptoms of depression, even minor depression, won’t be the same for everyone. For example, you may see someone exhibit a mix of symptoms like:

Even then, some people are also very good in hiding symptoms of their depression. One of the many reasons, perhaps the most common, people try to mask depression is shame tied with the fear of being labeled mentally ill. That label brings with it a certain stigma even though science tells us many of the most common forms of depression are believed to be tied to chemical imbalances of serotonin and norepinephrine in the brain. A depressed person isn’t “nuts” but someone whose body chemistry needs adjustment, much like a diabetic with difficulty maintaining blood sugar balance. A relatively new generation of antidepressants known as SSRI drugs try to regulate serotonin levels without the soporific or weight gain side effects of earlier medications.

Depression can be successfully treated. Diagnosed early and properly treated, the person suffering may find relief through antidepressants, talk therapy, or a combination of both and more.

Yet many of us are also trained from childhood to ignore a sense of the blues. We’re told to smile when we don’t feel like it, to fake it until we can make ourselves feel better. As a nation in crisis, at war, and tense from terror alerts and financial and job insecurity, people may be more prone to health imbalances, poor rest and exercise, and situational stress and dismiss it as “one of those things”.

There is also the phenomenon, mental health experts say, of people not diagnosed as depressed because they are self-treating without the expertise to do so. Studies and experience indicates that many people who “feel the blues” may be more inclined to mask symptoms by using both prescription and non-prescriptions drugs, legal and non-legal chemical and herbal treatments from alcohol or marijuana, from over-the-counter potions all the way to heavy-duty narcotics and other potent drugs.

The latter is often made all too easy accessible through online drug mills. Such online stores set up shop as “bargain” or “private” Web pharmacies to dispense – at exorbitant prices and perhaps few safety controls – federally controlled opiates/opiods like Vicodin (brand)/hydrocodone (generic) and codeine as well as sedatives like Ambien, stimulants such as Ritalin, and anti-anxiety medications including Xanax and Ativan. None of these drugs should be available without a prescription from a patient’s doctor yet some drug mills employ doctors – some outside the US – to write a ‘script without ever seeing or speaking with the patient (source).

If you or someone you know believes you may suffer from depression – often defined as exhibiting two or more of the symptoms described earlier for two or more weeks – contact your family physician or health care provider immediately. Take notes prior to the appointment and be prepared to speak frankly about the symptoms you suffer.